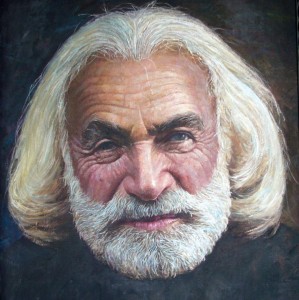 During his years as a practicing neurosurgeon (1941-1948) first in Memphis, Tennessee and then in Jacksonville, Florida, he began his collaboration on primate research with Karl Lashley at the Yerkes Primate Center, where Pribram succeeded Lashley as director and also introduced numerous human surgical techniques to the field of animal research. During Pribram’s subsequent ten years (1948-58) on faculty at Yale University in New Haven, CT, Pribram simultaneously established a research lab at the Institute for Living in Hartford, which “became a mecca for students intensely interested in the relationship between brain and behavior.”

In 1958-59, Pribram joined the Center for Advanced Study in the Behavioral Sciences at Stanford University in Palo Alto. During his subsequent 30 years at Stanford University (1959-1989), Pribram pioneered the field of neuropsychology (a term that he coined), leading groundbreaking research into the interrelations of the brain, behavior, and the mind. Upon becoming emeritus at Stanford in 1989, Pribram was named Eminent Scholar of the State of Virginia, and Distinguished Professor of Psychology and director of the BRAINS center (Brain Research and Informational Sciences), a research laboratory created for him at Radford University. Over this same period (1989-2013) he was also appointed Distinguished Professor in the Engineering and Computer Science Department at George Mason University, and (simultaneously, up to his death) also served as Distinguished Professor of Psychology and Cognitive Neuroscience at Georgetown University in Washington, DC.

Pribram authored more than seven hundred books and scientific publications, including: Plans and the Structure of Behavior (with George Miller and Eugene Galanter, 1960), which is credited with launching the “Cognitive Revolution in Psychology”; Languages of the Brain (1971), an early influence upon neural networks and pattern recognition; Freud’s Project Re-assessed (with Merton Gill, 1976); and Brain and Perception (1991) which expands Pribram’s long-established holonomic theory of memory and perception, and has become the subject of numerous popular books, including Michael Talbot’s The Holographic Universe and Lynne McTaggart’s The Field, among many others. He edited the publications of the proceedings of a series he founded of international brain conferences with papers presented by distinguished scientists and Nobel laureates, through the 1990s. Pribram’s recent and final publication, The Form Within (2013), provides the 200-year history of brain research from his 70-year-long insider point of view. (Pribram’s theory and data papers may be found on his website KarlPribram.com.)

Pribram was the recipient of more than sixty major international awards and honors, including a lifetime grant from the US Office of Naval Research; a Lifetime Research Career Award from the National Institutes of Health; a Lifetime Achievement Award from both the Society of Experimental Psychology and from the Washington Academy of Sciences; honorary doctorates in psychology and neuroscience from the universities of Montreal, Canada and Bremen, Germany; and an Outstanding Contributions Award from the American Board of Medical Psychotherapists. Pribram was also the first laureate to receive the Dagmar and Vaclav Havel Award for uniting the sciences and the humanities. 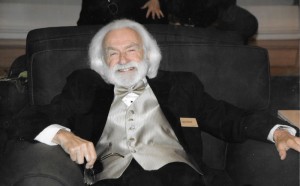 In lieu of flowers, memorial contributions may be made in support of The Smithsonian Libraries’ Neville-Pribram Mid-Career Educators Awards, established in 2013 by Karl H. Pribram and Katherine Neville.